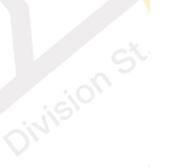 If a nuclear explosion happened in the middle of town, by accident presumably, since that's the way these things tend to go, Romville proper would lie naked, exposed for what it really is: a bunch of hillocks formed by ten million years worth or so of everyday dirt layered on solid Norwalk schist. Whether the view would be an improvement or not could only be left to the aesthetic inclinations of any postulated survivors. With my luck I'd be one of them.

Anyhow the point is that when I was a kid, every place I was making for seemed to be somewhat uphill from wherever I happened to be at the moment. The highest spot in town strictly speaking was Tenor Ridge where the hospital used to be, but the worst climbing—from a paperboy's point of view anyhow—came on Arnold Avenue, a series of steep gradients intermittently broken by short-shanked terraces. I never once climbed it without having to stop a couple of times to catch my breath and give my calves a massage. My father always claimed it was named after Benedict Arnold but not in my mother's hearing because she was pretty down on "that damn traitor" and would yell at him if he did. The old man was a big Benedict Arnold booster. "You wouldn't be there today if it wasn't for the General," he'd growl, saving my mother's presence. I dreaded Arnold Avenue whoever it was named for but it was part of my route so c'est la vie. It did have one good feature though: a patch of bare right at the crest opening onto an unbroken view of the whole town, if you were in the mood or if you just had to stop to catch your breath and give your legs a break again anyhow. Consequently I'd developed a pretty good grasp of Romville's physical layout by the time I started high school.

Southward the interstate gashed the landscape on a roughly leftright line; in the west the view was dominated by a baker's dozen of post-war housing developments sprung up from knobbly rises, petering out somewhere near the state line. Up north the old fairgrounds butted the airport, equipped with a landing strip long enough to set a B-47 down on. At the bottom of the hill Division Street snaked its way toward the rising sun. And trees everywhere, Romville a sea of shifting colors depending on the season: lush green to gold and brown, stripped to naked gray interstices in winter, then green again, against all expectation, when spring she was a-coming in yet one more time.

This was the topography of my life, the first half of it anyhow, and to tell you the truth I liked the place pretty well, even if the boredom factor tended toward the high side. Except for this one time....